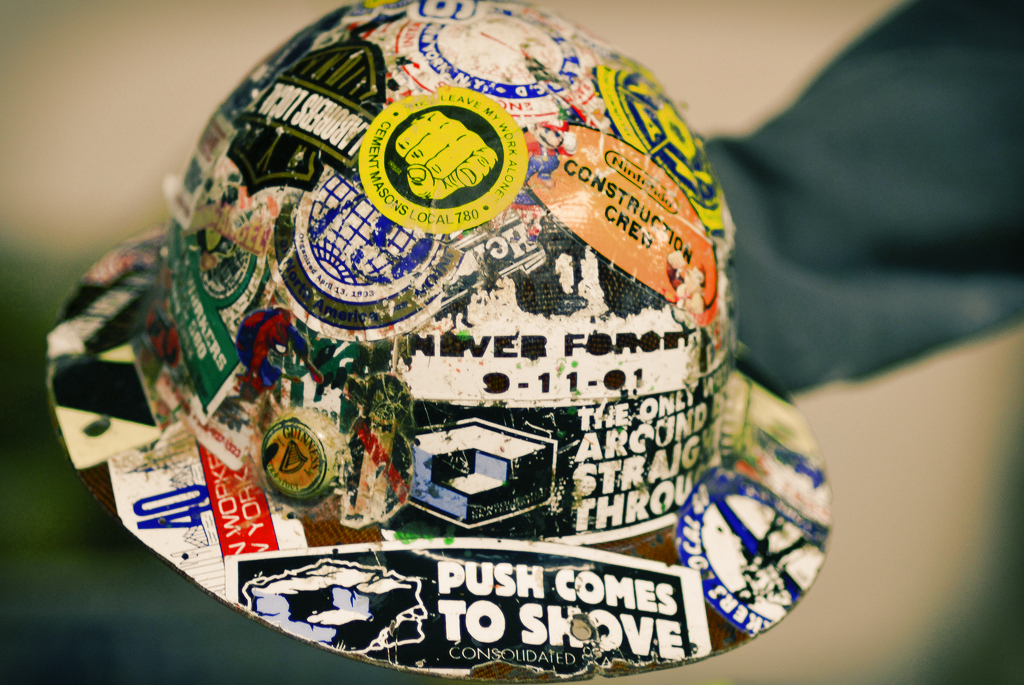 During my commute to work today I observed a string of construction related company vehicles with categorically dreadful logos. I will refer to them as the “trades industry”. This is nothing new, I’m sure you’ve experienced the same in your own neck of the woods.

I thought to myself, “Why exactly is this industry so prevalent with terrible, uninspired identities?” My cynical self immediately made conclusions such as:“perhaps this industry as whole does not embrace or understand the value of a well executed identity system?”and “cheap, cut corners, slap a name and a clip art hammer on a truck and they’re fine with that”.

I paused, and thought about the issue with more objectivity. I used to work for a construction company as a pup during summer breaks and I’ve even designed an identity for a company whose customers are the trades industry.

It struck me, unless these companies are targeting their service to a small consumer such as a homeowner; an identity and branding is not needed in bringing in work nor differentiating themselves from the competition.

Permit me to extrapolate on that thought. For example, I have worked in government and have seen first hand the process that goes into selecting companies for all manner and scope of capital projects. There are absolutely no emotional decisions made in selecting a trade company for a project.

The R.F.P. (request for proposal) is broadcast, the proposals come in. The proposals are reviewed, ensuring the bidder has the experience, past work, qualifications to complete the work in the allotted time frame. Slowly the finalists are whittled down and then it comes down to a matter of price quoted on the job. Often it’s the lowest bid, it really comes down to just a fiscal decision.

I’m aware that many industries operate in a similar fashion. Hell, as designers we regularly go through an “R.F.P. and award system” for gigs. Ours is a visuals and communication industry so the rules are a bit different and I feel emotion still plays a role in decision.

I would welcome any thoughts, feedback or further discussion in the comments section below the post.

Point of interest: Graphic Designer, Matt Dolphin’s experiment with a company offering any logo design for $42.
(Matt poses as a fictional plumbing company, submits a brief and shares the process)

This site uses Akismet to reduce spam. Learn how your comment data is processed.